In a world where artificial trees have become more real-looking and more frequently used, some of us hold on stubbornly to having “the real thing” in our living rooms.

“They smell so good!”

“They bring Nature inside!”

“They’re what we always had growing up!”

Cut pine trees come with their own set of problems, however. Something like 15 million trees are harvested in the U.S. each year. As soon as Christmas is over they are piled onto the curb or cut up as mulch. Seems wasteful, doesn’t it?

That’s why we were excited to see a reuse of tree parts by baker/author Julia Georgallis. Guess what? Those sharp, dried-out pine needles sprinkled all over the floor come December 26 are actually edible. Georgeallis created How to Eat Your Christmas Tree, a lovely cookbook built around creating good things to eat using needles from three common Christmas tree types: spruce, fir and pine.

Just a Spoonful of Pine Needles …

Edible they may be, but … are they delicious? Well, yesssss they are. In an interview with Modern Farmer, Georgallis recounts the flavor profiles of fir, spruce and pine needles as if they should be bottled up by spice companies and given prime shelf space in supermarkets.

“Fir is really zesty and really grassy,” says Georgallis in the interview. “I’ve used it in things like pickles, and things that need a sharper taste. Spruce is really surprising. It’s not as grassy, it’s more “orangey.” The spruce in the ice cream I make actually gives it a vanilla taste.”

In her research Georgallis discovered that vanilla extract used to be made using essence from spruce.

Plain old pine needles may smell strong but their flavor is actually very mild. Georgallis recommends upping the amount on these types of needles so that you can taste their floral notes.

Think about how good rosemary tastes in so many of our recipes. It’s not a long stretching to aromatic conifer needles as a unique flavoring. The fact that at least a small part of your discarded Christmas tree finds a second life on the table is definitely heart satisfying.

How to Harvest Your Tree Needles

To prepare needles for cooking, here is what you need to do.

Spruce, fir and pine needles can be very sharp, so care must be taken not to hurt your fingers while preparing them for cooking. You will need a pair of large, sharp scissors and a big bowl. Snip some larger branches from your tree. Wash the branches under cold, running water, making sure that you get rid of all possible bits of mud and dirt. You may notice that there are balls of sap, but this is safe to eat, as are the dried buds, which might be at the end of some of the branches. Turn the branch upside down over a bowl so that the needles make a chevron shape. Using scissors, cut upwards so that the needles fall directly into the bowl.

And now for a few of Georgallis’ amazing recipes!

To make the cure, mix the sugar, salt, grated beetroot, lemon zest and needles together.

Lay out some cling film (plastic wrap) on a flat surface and sprinkle a generous layer of the curing
mixture over it, making sure it is roughly the length and width of the
fillet.

You might need an extra pair of hands for this next step: lay the fish over the first layer of cure, then pack the top and sides of the fillet with the rest of the cure and wrap
tightly in cling film, making sure it is totally covered in the cure
mixture.

Place the fish on a baking tray
(sheet pan) underneath something heavy, and refrigerate between 24 and
36 hours. Halfway through the curing process, turn the fish over,
remembering to place it under something heavy again.

When it is ready to eat, wash off the cure and make sure there are no needles left on the fish. Slice thinly.

This keeps in the refrigerator for up to 5 days.

Sterilize the jar and prepare the needles

In a saucepan, heat up the vinegar, salt and sugar until just boiling.

Arrange the beetroot, carrots, cucumber, needles and juniper berries at the bottom of the jar and pour in the pickling liquid.

Tightly seal the jar. Turn it upside down once, quickly, to get rid of any extra air. Once cooled, either leave in a cool, dark place or in the refrigerator. Leave for a minimum of 5 days before opening.

Keep for 2 weeks once opened.

In a heavy-bottomed saucepan whisk the cream, milk, sugar and egg yolks until well combined.

Add the needles to the cream mixture
and heat gently, stirring continuously so that the mixture doesn’t catch
on the bottom or sides of the pan.

After 15 minutes, turn the heat up to
medium. When bubbles begin to appear around the edge of the pan, the
custard is ready and can be removed from the heat.

Sieve the mixture two or three times
through a fine sieve (fine mesh strainer) so that none of the needles
end up in the final ice cream mixture.

If using an ice-cream maker, add the
sieved mixture to the churning pot and begin the churning process.
Before it freezes, add the chopped stem ginger and continue churning
until it is frozen. Transfer the frozen ice cream to the freezer.

If you don’t own an ice-cream maker,
transfer the mixture to a tub or dish and leave to cool completely. Once
cooled, transfer to the freezer. Stir the mixture every hour and when
it is beginning to freeze (about 2 hours) but not completely solid, add
the chopped stem ginger and mix well. Continue stirring each hour until
the ice cream is completely frozen. This will take about 4 hours.

Once it is frozen, keep it in the freezer until ready to serve.

If you try any of these recipes please let us know in comments! 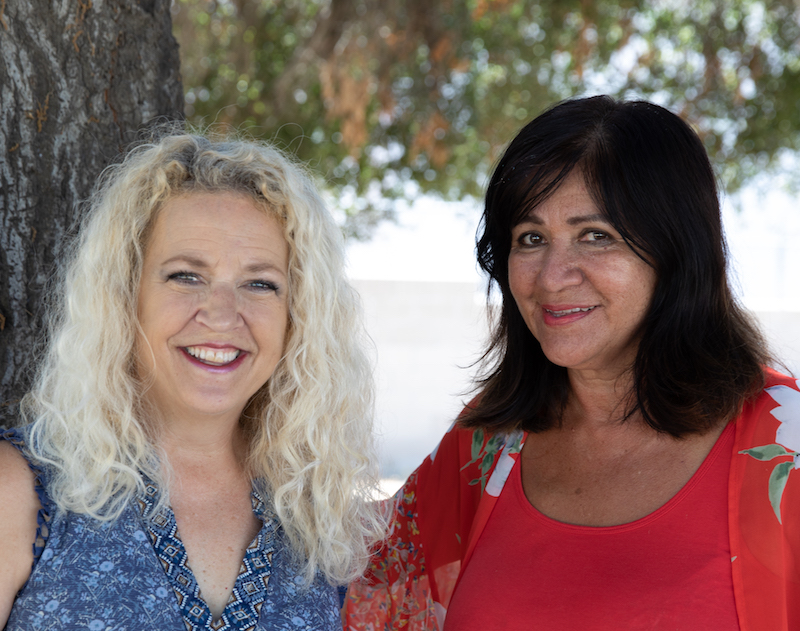